Incredible sighting of an aardvark this week! PLUS a lion seen taking a leopard’s kill from up in a tree. The Aardvark is a typically elusive and unique animal, hardly ever seen in the wild, so this is a remarkable moment for guests and staff at Royal Zambezi Lodge.

The aardvark is the only species in its order. It is literally like no other animal on earth. The reason that they are so hard to spot is because aadvarks are nocturnal. After sunset, they leave their cool burrows and forage over many kilometres in grasslands and forests for their favourite food, termites, swinging their long nose from side to side to pick up the termites’ scent.

Aadvarks resemble various animals. The sparse hair on their bodies, their arched back and the appearance of a snout on the end of their long, narrow face gives them the resemblance of a pig. However they also have ears like a rabbit, webbed feet like a duck, claws like a bear and the tail of a kangaroo!

Aardvarks like to live in open grasslands or savannahs where the soil is soft and sandy. The temporary shelters aardvarks create do not go to waste as pythons, porcupines, other small mammals, and even birds will move in when the aardvark moves on.

Aardvarks are classified as omnivores, but they are far more specialised than that. They are truly insectivores, consuming termites and ants exclusively. When food is scarce and they are forced to, aardvarks will eat other soft-bodied insects or wild melons. Aardvarks have an excellent sense of smell which they use to find food, and wonderful hearing which they use to avoid becoming food themselves!

The aardvark’s entire body is built around eating termites. Their strong, shovel-shaped claws are hard enough to break through the outer crusts of termite mounds. Their 1 ½ foot long sticky tongue can extend down tunnels and chambers, lapping up the insects inside. When confronted with a particularly large mound, the aardvark will stand on its back legs, bracing itself with its thick, tapering tail, much as a kangaroo would.

The aardvark’s head is elongated and its snout has hairs and fleshy folds that can close, keeping dirt, dust and insects out. The aardvark has an unusual ability to seal its nostrils to keep dust and insects from invading its snout. Its skin is extremely tough, protecting it from the bites and stings of its prey.

SIZE RELATIVE TO A 6-FT MAN:

Female aardvarks typically give birth to one newborn each year. The young remain with their mother for about six months before moving out and digging their own burrows, which can be extensive dwellings with many different entries and exits.

Our Other Seen & Heard Posts 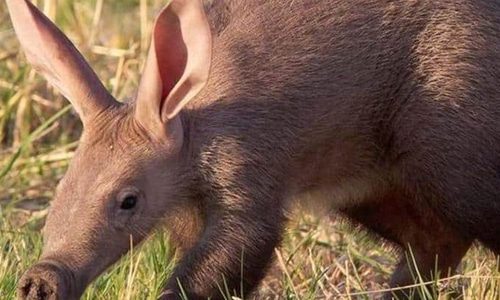 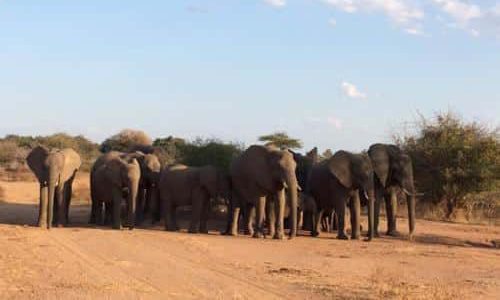 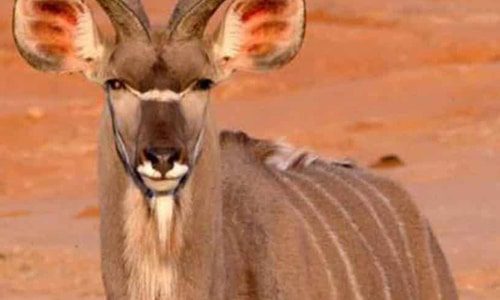 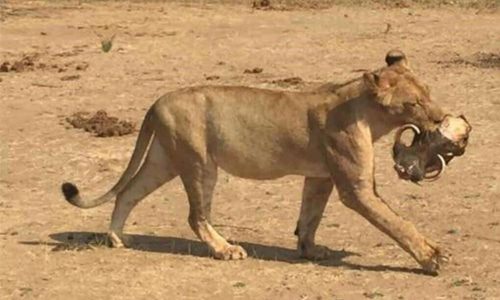 Sample Menu for a Day at Royal